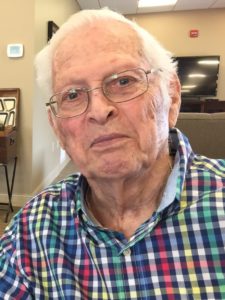 Alexander John Wacker, a first generation American, passed from life through death into Eternal Life August 16, 2018.  He was born at the family home in Lincoln, NE on January 30, 1929 to John and Mary (Neff) Wacker, He graduated from Lincoln High School, Midland College, and Central Lutheran Theological Seminary. He was ordained in 1955 and served Nebraska parishes in Potter, Fontanelle, Alliance, Hooper, and Lincoln, NE until his retirement in 1994. He married Lois Louise Brokaw on June 14, 1953.