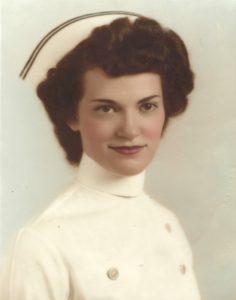 Arlene M. Fudge, 99 of Ashland, NE passed away Wednesday, August 11, 2021 at the Oxbow Living Center in Ashland.  She was born April 6, 1922 in Fremont, NE to Elmer and Lena (Del Veccico) Ohlson.  Arlene graduated from St. Elizabeth School of Nursing and was a Registered Nurse with the Ashland-Greenwood Public School from 1966 to 1984.  She was united in marriage to Glen Fudge on February 17, 1947.

Arlene was a devoted and loving wife, mother and grandmother.  She was an active member of St. Mary Catholic Church and St. Mary Altar Society.