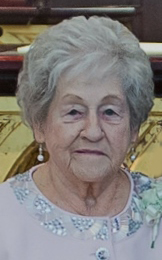 In Care of the Family For Future Designation

Barbara A. Wischmann, 83 of Ashland, NE, died Thursday, December 29, 2016 at St. Elizabeth Medical Center in Lincoln.  She was born December 15, 1933 in Lincoln, NE to Vernon and Gertrude (Brakhage) Stewart.  Barbara graduated from Greenwood High School in 1954.  On April 21, 1954, Barbara was married to Robert Smith.  Robert died in 1971.  Barbara married Robert Wischmann on January 4, 1974 at the Ashland United Methodist Church.  Through the years, she worked for Goodyear in Lincoln and Western Electric for 15 years until her retirement.  Barbara loved her husband, children, grandchildren and great grandchildren, they were her pride and joy.  She also loved her flower gardens.

Condolences for Barbara A. Wischmann