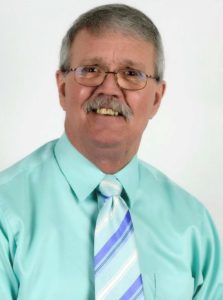 Bert M. Biede, 73, of Ashland, NE, entered into rest with his daughters by his side on Thursday, January 6, 2022 at the Nebraska Medical Center in Omaha, NE.  He was born August 3, 1948 in Wakefield, NE to Ernest and Donna (Noonan) Biede.  In 1967, Bert graduated from Abraham Lincoln High School in Council Bluffs, IA.  On October 2, 1976, Bert was married to Rhonda McClatchey in Valley, NE.

Bert was a passionate family man and car salesman.  He worked for Woodhouse Ford in Blair, NE for 33 years and during this time he sold 7,200 cars.  Bert cared about his customers and he would never miss a day of work.  His work was only second to his family.  Bert enjoyed playing racquet ball, softball, turkey hunting trips and being a supportive fan at grandkids games.  Most of all he loved being with family.