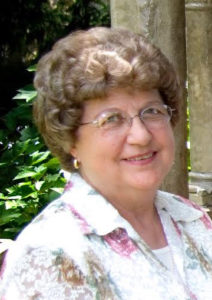 *Due to the COVID-19 Pandemic: The graveside service will be for family only.

Catherine “Kitty” D. Bundy, 88 of Ashland, NE passed away Wednesday, April 15, 2020 at Bryan Medical Center West in Lincoln, NE.  She was born April 29, 1931 in Wann, NE to Elmer E. and Ethel M. (Marshall) Buck.  She graduated from Ashland High School in 1949.  She was united in marriage to Beryl “Max” Welch on July 15, 1950 in Ashland, from this union three children were born, Terri, Michael and Steven “Kent” Welch. Kitty worked at the Mead Ordinance Plant, Western Electric for 16 years and at the Sarpy County Election Office for 10 years.  On September 3, 1983 she was united in marriage to Melvin E. Bundy at the First Christian Church in Ashland.  Kitty and Melvin loved to travel together and made many trips out West including Hawaii.

Kitty was a faithful and lifelong member of the First Christian Church.  She was baptized in 1943 and belonged to many Bible study groups.  She was a past board member and a trustee at the church.

She was an avid Husker fan who enjoyed crocheting and gardening.  God and her family were most important to her.