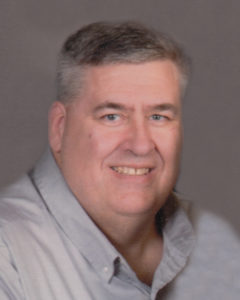 Chad E. Gusman, 54 of Wahoo, NE entered into eternal rest on Monday, July 18, 2022 at Bryan East Medical Center in Lincoln, NE.  He was born October 19, 1967 in Grand Island, NE and adopted by Leo and Carolyn (Hoppes) Gusman.  Chad, also known as “Goose”, graduated from Bridgeport High School in 1986 where he was class president and participated in football, basketball and golf. He graduated from Kearney State in 1990. Chad was united in marriage to Catherine Christensen on July 23, 1994 in Fremont, NE. They were blessed with two children, Lauren and Nathan. He worked as a Bank Security Officer with Union Bank & Trust in Lincoln where he was employed for the past 26 years.

Chad was a member of St. Wenceslaus Catholic Church and Knights of Columbus Council #1883.  He enjoyed coaching his children in their sports activities, collecting baseball and football cards, anything Star Wars related, movie trivia, and sitting around a fire with neighbors toasting marshmallows and drinking wine.  His passion was Nebraska Football or any other Husker sport.  He loved traveling with his family and especially with Cathy to Husker away games.  He was also a dedicated Notre Dame and Miami Dolphin fan.