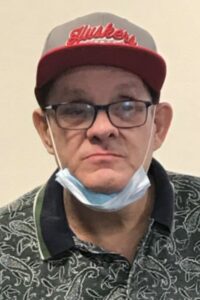 Charles F. Englert, 66, of Lincoln, NE, entered into rest on Saturday, October 22, 2022 at the Nebraska Medical Center in Omaha, NE.  He was born January 31, 1956 in Omaha, NE to Charles J. and Elsie (Knaup) Englert.  Charles graduated from Ashland-Greenwood High School in 1974 and he received an accounting degree from Southeast Community College in 1976.

Charles had a 25 year career with Sears at Gateway Mall in Lincoln, NE.  He was an avid fan of Nebraska athletics and the Kansas City Chiefs.

He was preceded in death by his parents, Charles J. and Elsie Englert.