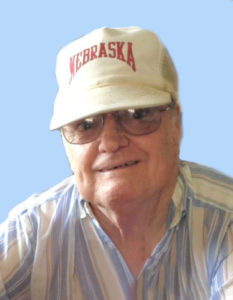 Charles R. Anderson, 79 of Ashland, NE passed away Wednesday, July 27, 2022 at Oxbow Living Center in Ashland.  He was born November 21, 1942 in Clay Center, NE to Henry and Olga (McColley) Anderson.  Charles was raised in Colon, NE and graduated from Wahoo High School in 1960.  He was united in marriage to Judy Clark March 21, 1964 in Wahoo.  Six children were born from this union, Kim, Michele, Jennifer, Julie, Cheri and Rusty.

Charles had various jobs throughout his career beginning at Northeast and Pontiac in Lincoln and Bud’s Auto and Vern’s Welding in Ashland.  Later he became an insurance adjuster with GAB in Omaha and Metro Farmland Appraisers in Ames, NE.