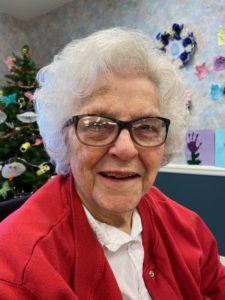 *Face coverings are required while in attendance.

*Face coverings are required while in attendance.

Christiane “Chris” Tillman, 89 of Ashland, NE passed away Saturday, January 1, 2022 at Azria Health in Ashland, NE.  She was born December 24, 1932 in Craig, IA to John and Maria (Gerdes) Groenjes.  She was united in marriage to Ernest “Bud” Tillman on May 21, 1949 in Ashland, NE.  Chris worked as a hairdresser out of her home, as well as, at the Ashland Care Center.

She was a member of Word of Hope Lutheran Church and lifelong member of American Legion #129 Auxiliary.  She enjoyed making bread, Husker football and following Ashland-Greenwood School activities.

She was preceded in death by her parents, John and Maria Groenjes; husband, Ernest “Bud” Tillman; brothers & sisters.