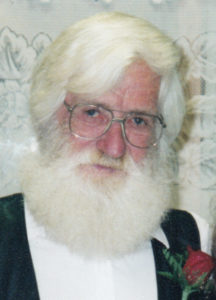 During Clair’s youth his father built air strips during World War II, their family often moved, living in 21 different states west of the Mississippi.  Sometimes the children would change schools three times in one school year.  When Clair was 11, his family settled in Fremont, NE and at the age of 12, alongside of his father, he learned to build farm terraces with the road patrol before he graduated.  After graduation, he entered the Navy on October 30, 1952 but suffered from a dislocated shoulder and was medically discharged on February 9, 1953 which led him to highway construction.

On June 16, 1954 in Fremont he was united in marriage to Elizabeth “Liz” Frana. From this union four children were born; Claire Marie, Samuel Lee, Mark Wayne and Jess Clair. By 1955 he had begun farming, but after five years a drought hit so he went to work at Irrigation Supply, then to Economy Housing and later worked at Hellstar Corporation, manufacturing camper and snowmobile accessories.  Red started Van Norman Construction, building grain bins and farm structures. He started working at Excel Corporation where he processed meat for 11 years until he retired.  After retirement he built his own Boloney Shop in Malmo, NE, processing beef, pork, deer, sheep, buffalo and more.

Clair loved to hunt, fish, garden and even dance.  In 2006, Clair and his family moved to an acreage in Morse Bluff, NE to raise Jersey milk cows and chickens, until his accident with a bull that left him paralyzed from the waist down. As a young man, Clair had red hair, which explains his nick name, “Red”.  Red, who likes long hair, beards and mustaches led him to a perfect role later in his life as Santa.

He was preceded in death by his son, Mark and parents.