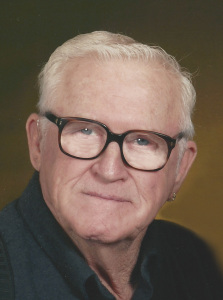 In Care of the Family or First Christian Church

Clarence “Jim” Vandeman was born in Omaha, NE on May 25, 1935 to Clarence W. and Eula (Wagner) Vandeman. Jim was a lifelong Ashland resident, growing up in Ashland and attending Ashland Public School. In his early years, he worked at his uncle and aunt’s hotel in Omaha and at the sand pits. On Febr. 14, 1959, Jim was united in marriage to Judy Briggs ​in Ashland. He worked at Laune Chevrolet and also for a bridge gang with his father and brothers. Then he began working for the Sarpy County Department of Roads where he stayed for 30 years until his retirement. He passed away at his home Oct. 13, 2014.
Jim was a member of First Christian Church and  in his younger years was a member of the Ashland Fire Department. Jim was an avid hunter and fisherman and in his younger years enjoyed camping. He was a tinkerer and loved working on tractors, lawn mowers or anything with an engine. He was known for his bartering and trading. He enjoyed his cat Charlotte, which he later called Charlie or squibb or puppy or whatever name he felt like at the time.
He is survived by his wife Judy; children and spouses Michael and Shellie, Lori and Carter Jackson, Steven; grandchildren Misty(Jody), Micky(David), Jarad, Andrew, Tyler and Alyssa; great grandson Kaiden; brothers Fred and Larry. He was preceded in death by his parents and brothers William and Robert.​
Condolences for Clarence “Jim” Vandeman