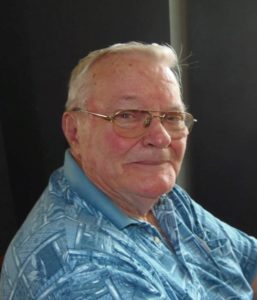 Dale Allen Johnson of Ashland, Nebraska passed away on Saturday, April 9, 2022, at the age of 81.

He was born June 18, 1940, in Omaha, and was adopted by Carl and Lillian Johnson. He graduated from Bloomfield High School in 1958. He was united in marriage to Patricia McShannon in 1959. Dale was a proud U.S. Navy veteran and was honorably discharged in 1964.  Dale worked for the Metropolitan Utilities District (MUD) in Omaha for 40 years.

Dale was a member of the American Lutheran Church. He enjoyed fishing, going to the casinos, singing, socializing with family and friends, enjoying a cold beer, a good burger, and cheering on the Huskers in all sports. Dale was a devoted, loving, and faithful husband, father, and grandfather.

He was preceded in death by his parents, father Carl Johnson, mother, Lillian (Harold) Schaffer, and brother, Alfred Johnson.

Condolences for Dale A. Johnson