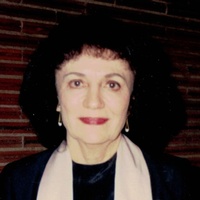 Dalene Livers Ballou died in Fort Collins, Colorado on October 25, 2018. She was born in Ashland, Nebraska, May 23, 1933 to Ramona and Dallas Livers. In 1951, she graduated from Ashland High School where she was the valedictorian, a majorette and prom queen.

Her college years began at Nebraska Wesleyan University where she was a member of Phi Mu sorority and a baton twirler. Dalene began teaching in Cass County Nebraska in a one room schoolhouse, and her teaching career lasted over 40 years. She spent twenty-two years in Southern California as a sixth grade teacher at Alcott Elementary where she became the Math Specialist. She gained the Math Coordinator position for the district and supervised 31 schools. In 1972, she wrote a book entitled, Easy Steps in Modern Math, which was published by Simon and Schuster. Dalene earned a bachelor’s degree at Long Beach State University and completed graduate work at Colorado State University.

She and her husband, Jim, moved to Lincoln, Nebraska in 1983 where she was a mathematics teacher at Goodrich Junior High for fifteen years. Dalene was the SCIP leader, and she and her team won the Governor’s Award. She was a three time recipient of Who’s Who Among American Teachers. Following retirement in 1998, she and Jim moved to Colorado.

Her gracious spirit touched many lives. She was an amazing hostess and loved making homes beautiful with her creative touches and eye for design. Dalene was a role model and her warmth and charm drew people to her. She loved dogs and was known as the “Martha Stewart of Colorado.”

Dalene is survived by her son, Tom, and 14 nieces and nephews. She was preceded in death by her parents, Dallas and Ramona, sister, Charlene and nephew Brett.