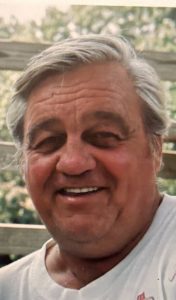 Donald D. Strode, 78 of Ashland, NE passed away Monday, December 14, 2020 at Methodist Hospital in Omaha.  He was born February 5, 1942 in Omaha to Herald and Ruby (Hall) Strode.  Don attended Ashland High School.  He was united in marriage to Lucille Graham on December 12, 1958 in Omaha.  From this union three sons were born, Terry, Randy and Travis.  In Don’s earlier years he was a jockey agent and owned and trained race horses.  Many times he could be seen in the winner’s circle at Horseman’s Park. Don was an “entrepreneur of everything”, always willing to take a risk. He was a scrap recycler and junk trader.  He traveled all over the country, many times with family members, collecting whatever he thought was worthy.

He was a member of the Horsemen’s Benevolent Protective Association (HBPA).  He enjoyed rodeos and loved everything about horses.