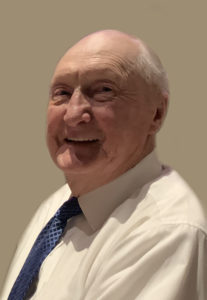 *The Rosary and Funeral will be live streamed on the Svoboda Funeral Home Facebook page.

Donald “Torch” L. Palensky, 77, of Weston, NE, entered into eternal rest on Saturday, March 20, 2021 at Bryan East Medical Center in Lincoln, NE.  He was born August 20, 1943 in Prague, NE to Joseph and Emma (Kohout) Palensky.  Don graduated from Weston High School in 1962.  Don served his country in the U.S. Army until he was honorably discharged.  On April 30, 1966, he was united in marriage to Joyce Jansa at St. Wenceslaus Catholic Church in Wahoo, NE.

Don worked for the Saunders County Highway Department for 31 years.  In addition, he owned and operated Palensky Dirt Work for over 40 years while farming.

Don was a member of St. John Nepomucene Catholic Church in Weston and the American Legion Post #308.  He was also a past fire chief for the Weston Fire Department where he served for many years.  Don enjoyed fishing, camping, hunting and riding his Harley.  He especially enjoyed spending time with his grandkids, family and friends.

He was preceded in death by his parents, Joseph and Emma Palensky; brother, Joe Palensky; sisters, Dorothy Palensky and Annie Wheeler.