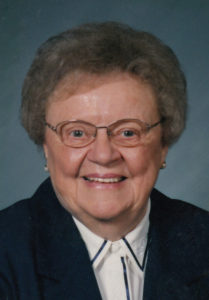 In care of family for future designation.

Dorothy M. Masek, 91 of Valparaiso entered into eternal rest Thursday, March 16, 2017 at South Haven Living Center in Wahoo, NE. She was born October 18. 1925 in Touhy, NE to Ludvik and Mary (Chapek) Walla. She was a graduate of Valparaiso High School. She was united in marriage on August 12, 1946 to Joe A. Masek at St. Vitus Catholic Church in Touhy, NE.

She was preceded in death by her husband, Joe; infant son, Joseph; brothers, Ray, Bill, George and Ludvik Walla.