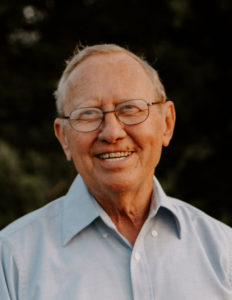 *Face coverings are required while attending the visitation and funeral service.

Douglas D. Johnson, 76 of Mead, NE passed away Tuesday, August 24, 2021, at the Eastern Nebraska Veterans’ Home in Bellevue, NE.  He was born December 16, 1944 in Norfolk, NE to Dale and Eileen (Henrickson) Johnson.  Doug attended Beals grade school, Norris Jr. High School and graduated from Omaha Central High School in 1963.  He was a U.S. Army Veteran during the Vietnam War.  He served from 1967 to 1969 in the 101st Airborne division receiving a Bronze Star and the Army Commendation Medal.  He was united in marriage to Jeannette Rice Mayfield on August 6, 1988 in Mead, NE.  Doug worked as a warehouseman for many years and retired from Walmart in 2010.

Doug is most remembered for his kindness and lighthearted spirit. He never met a stranger and could often be found discussing at length his favorite topics: sports, cars, good food, his wife and grandkids, and the joys of being retired. He was a voracious reader, talented dance partner, and a committed but slightly below average golfer and fisherman. Doug was a proud Omaha Central High School Eagle Alumni and enjoyed regular dinners with a group from the graduating class of 1963 for 40+ years. He was best known for being a devoted husband, the best papa in town, and a professional kid-at-heart. He taught many the important lesson to never take life too seriously. He will be greatly missed by all who met him.