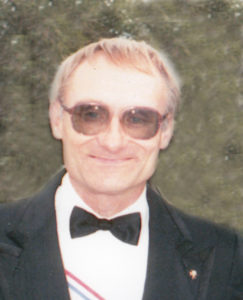 Edward A.”Eddie” Komenda, Jr. 64 of Valparaiso entered into eternal rest Friday, November 10, 2017 at the Long Term Care Center in Wahoo, NE.  He was born September 25, 1953 in Fort Bragg, NC to Edward and Helen (Walla) Komenda.  Eddie grew up on a farm north of Valparaiso.  He attended North Star School District #115, graduated from Bishop Neumann High School and graduated from Southeast Community College in Milford, NE with a degree in radio electronics.

He owned and operated “Ed’s Repair” in York, NE for 40 years.  He was a member of St. Joseph Catholic Church in York, Knights of Columbus Council #1708 and the 4th Degree Assembly where he looked forward flipping pancakes at the monthly pancake feeds.   He enjoyed playing cards, watching football, hunting and teasing his nieces, nephews and great-nieces and nephews.  Most of all his devotion to church and his Savior were unwavering and a constant in his life.

Condolences for Edward A. Komenda, Jr.