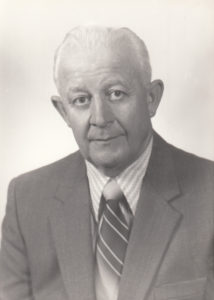 Eugene “Gene” G. Bach of Wahoo, NE entered into eternal rest on Wednesday, January 11, 2017 at South Haven Living Center in Wahoo. He was born July 13, 1925 in Oketo, KS to George and Anita (Koppes) Bach. Gene attended school in Marysville, KS. He worked as a welder for the Northern Natural Gas Company for 36 years before retiring. Gene enjoyed fishing, the outdoors and rebuilding tractors and cars. He is a member of St. Wenceslaus Catholic Church.