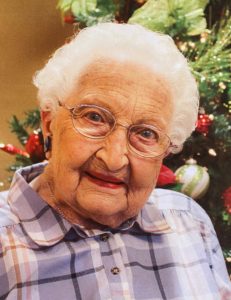 In Evelyn’s early years, she worked as a bookkeeper at Farmers and Merchants Bank in Ashland until she went home to raise her children.  Evelyn enjoyed gardening, cooking, baking and taking care of her family.  She was a member of Trinity Lutheran Church and the Trinity Ladies Aide.

She was preceded in death by her husband, Freeman Haase; parents, Carl and Sara Kupke; sister, Verla Probst.