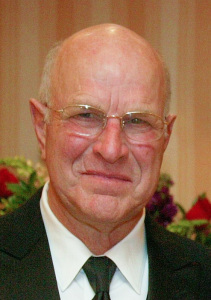 Frank C. Stander, 76 of Greenwood, NE, entered into eternal rest on Thursday, October 16, 2014.  He was born August 27, 1938 in Lincoln to Peter and Mary (Zoz) Stander.  Frank graduated from Ashland High School in 1956 and continued farming with his family in the Ashland-Greenwood area.

He was a lifelong farmer and member of St. Mary Catholic Church in Ashland.  He was a member of the Ashland School board, Farmarco Board, and the Co-op Board for 27 years.  Frank served his country in the Army National Guard.

He was preceded in death by his parents; wife, Carol A. Stander; and sister, Carol Wells.