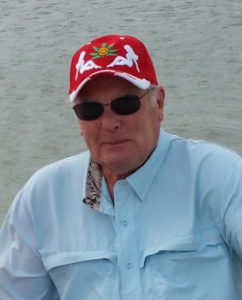 Garry E. Thoms, 79 of Ashland, NE passed away Thursday, November 18, 2021 at his daughter’s home surrounded by his loving family.  He was born December 11, 1941 on the family farm near Ithaca, NE to Harry and Suzie (Schmidt) Thoms.

Garry worked for Western Electric and AT&T for 30 years as a cableman.  He also farmed in the Memphis and Mead areas. On August 21, 1959 he married Judy Stewart, from this union a daughter was born, Paula, the two later divorced. He was united in marriage on February 15, 1992 in Yutan, NE to Elbira Velez.

He enjoyed golfing, hunting and fishing and spending time with his family.   He was a member of the AT&T Pioneers Club.