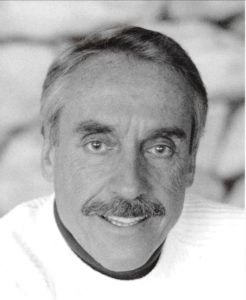 Gene and Mary were united in marriage on Captiva Island on May 20, 1994.

Gene served in the U.S. Marine Corps as an Artist and Military Policeman.  He was honorably discharged in 1948.

Gene attended the University of Nebraska Omaha, the Art Center in California, Cranbrook Academy of Art in Michigan, and the New York Artist League.

Gene has worked for Young & Rubicon in NY and General Motors in Detroit along with teaching and lecturing at various colleges, including UNL.  He owned and operated Roncka Brothers Printing, Brilezyay Gallery in Omaha, and the Gene Roncka Willow Point Art Gallery in Ashland.

His art commissions included a mural for Homestead National Monument in Beatrice, NE, AT&T Wall of Service in Omaha, paintings for First National Bank, Mutual of Omaha Wild Kingdom, Farm Bureau, Con Agra, and Easter Seals. Some of his accomplishments included winning the Nebraska First of State Habitat Stamp Competition, Artist of the Year for Nebraska Ducks Unlimited, Artist of the Year for Wings Over the Platte, Best of Show for the Oklahoma and Kansas Ducks Unlimited and creating the winning design for the Nebraska Veterans Memorial.

He was preceded in death by his parents, James and Marie Roncka; brothers, Jim and Richard Roncka; sister, Margaret (Frank) Pace.