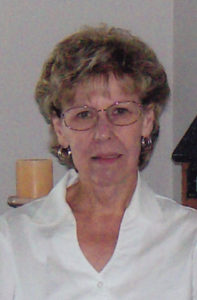 Genevieve “Jenny” Louise (Griess) Iversen, 80, of Wahoo, Ne. entered into rest on Wednesday, June 30, 2021 at Saunders Medical Center LTC in Wahoo, Nebraska.  She was born on June 3, 1941 in Henderson, Nebraska to Oscar and Lenora (Nuss) Griess.  Jenny graduated from Sutton High School in 1958.

She attended Lincoln Beauty Academy and worked at various salons in Lincoln.  She married Bill Iversen on July 20, 1969 in Sutton, Nebraska.  The couple lived in Lincoln, Swedeburg and Wahoo, Nebraska.  Jenny had a salon in her home in Wahoo for many years.  Jenny was very active at Bethlehem Lutheran Church and with her grandchildren.

She is survived by sons, Jayson (Lora) and Jayme (Ashley) all of Wahoo; six grandchildren and one great-grandchild.

She was preceded in death by her husband, Bill; brothers Norman, Vernon and Roger.