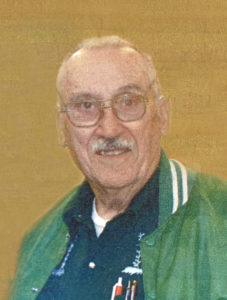 Gerald R. “Bob” Brophy, 96, of Ashland, NE, entered into rest on Sunday, February 9, 2020 at Tabitha Good House in Lincoln, NE.  He was born September 30, 1923 in Lamar, NE to Michael and Ruth (Hoggsett) Brophy.  Bob attended high school in Roseland, NE and he received a degree in aeronautical engineering from Emporia State.  He served his country in the U.S. Army Air Corp as a pilot for aerial photographer during WWII.  On April 23, 1960, he was married to Loretta Mae Campbell in Seward, NE.

Bob was a member of American Legion #129 and the Disabled American Veterans.  One of his favorite hobbies was gardening.

He was preceded in death by his wife, Loretta Brophy; parents, Michael and Ruth Brophy; and four brothers.