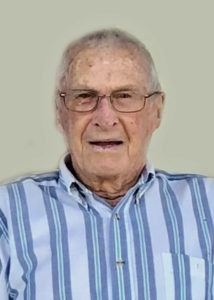 A service will be held at a later date.

Harlow farmed in the Ashland area until his retirement.  He was a past member of the Greenwood Farmers COOP Board, Ashland Masonic Lodge and the Shriners.  He enjoyed woodworking, lapidary, gardening and playing dominoes.

He was preceded in death by his wife, Ruby Todd; sister, Clella Franks.