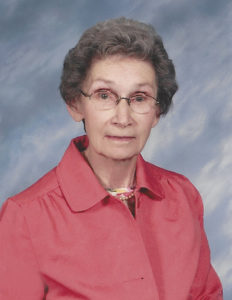 Helen’s family wishes everyone safe travels this evening
and understands if you are unable to attend.

Helen L. Breunig, 94 of Wahoo, NE entered into eternal rest on Thursday, January 12, 2017 at South Haven Living Center in Wahoo, NE. She was born February 10, 1922 in Billings. MT to Eric and Effie (Wallin) Manstedt. On June 4, 1946 she was united in marriage to Joseph C. Breunig at Sacred Heart Catholic Church in rural Morse Bluff, NE. She graduated from Wahoo High School in 1939.

Helen was a friend to everyone she met. She enjoyed playing Bridge, spending time with her family and cheering on the Huskers. Her love for sports came at an early age from her brothers.   She was a member of St. Wenceslaus Catholic Church and American Legion Auxiliary Post #82.