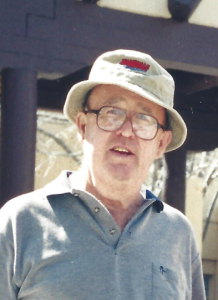 James Holmes Chesley, 79 of Greenwood, NE, entered into rest on Thursday, December 25, 2014 at his home in Greenwood. He was born February 15, 1935 in Sutherland, IA to Earl and Kathryn (Holmes) Chesley. In 1953, Jim graduated from Sutherland High School in Sutherland, IA. Soon after high school, he join the U.S. Navy and served his country until he was honorably discharged. On March 5, 1957, Jim was married to Betty Rohrbaugh in Sutherland, IA.

Jim worked for Wilson’s Packing House in his earlier years. He worked for Kawasaki for a few years and then spent 15 years with Data Documents until his retirement. He coached several little league teams through the years. He enjoyed spending time with his family and always loved fishing.

Pastor Kyle Ballard will be officiating the service.