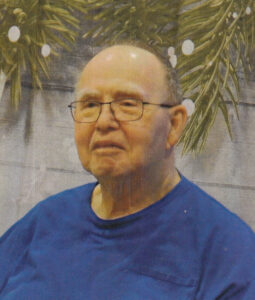 James “Jim” E. Kellogg, 78 of Wahoo, NE and formerly of Ashland, NE  passed away Wednesday, November 16, 2022 at Saunders Medical Center Long Term Care in Wahoo, NE.  He was born October 4, 1944 in Lincoln, NE to Harold and Doretta (Rueter) Kellogg Sr.  Jim was a graduate of Ashland High School and he was a Vietnam Navy Veteran who was honorably discharged on August 26,1968.   He was united in marriage to Rita Johnson in Ashland.  From this union two daughters were born, Carrie and Nichole.  After Rita’s passing, he married Beth Vanicek at the First United Methodist Church in Wahoo on April 15, 2000.

Jim worked for Goodyear in Lincoln for over 35 years and retired in 2003.  He was a member of American Legion Post #129 and the First Christian Church in Ashland.  He enjoyed tinkering in his garage, drinking coffee, bowling and attending Navy Reunions.

He was preceded in death by his parents, Harold and Doretta Kellogg Sr.; wife, Rita Kellogg; brother, Harold Kellogg Jr.