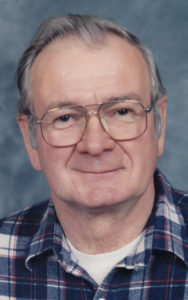 St. Jude Children’s Hospital or in care of the family

After high school Jerome worked for the Cedar Bluffs Elevator.  He spent many years with Hellstar in Wahoo and then he worked for Six-B Manufacturing until his retirement.  Jerome enjoyed woodworking and he was known as “Mr. Fix-it” to his family.

He was preceded in death by his parents Louis and Mary Frana.