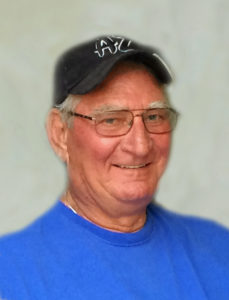 Jerry D. Brown, 78, of Ashland, NE, formerly of Lincoln, NE, entered into rest on Saturday, January 11, 2020 at Tabitha in Lincoln, NE.  He was born March 24, 1941 in Greenwood, NE.  Jerry graduated from Valparaiso High School in 1959.  On September 29, 1962, he was united in marriage to Mary Ann Ramsey at Bethany Christian Church in Lincoln, NE.  Jerry worked for Yellow Freight System for 30 years until he retired.

Jerry was a member of the Ashland American Legion #129 and the Nebraska State Snowmobiling Association.  In his younger years, Jerry enjoyed camping, boating, waterskiing, snowmobiling and riding his motorcycle.  After retirement, Jerry and Mary Ann would spend the winter months in either Texas or Arizona.

He was preceded in death by his parents, James and Ila Brown; brother, Jim Brown.