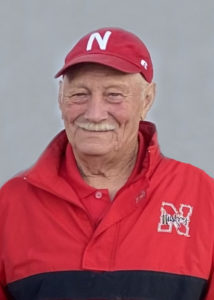 Jerry was a skilled carpenter who was very hardworking and loved to joke with people when the opportunity presented itself.  If Jerry were not working or spending time with his family, he would usually be hunting or fishing.  Hunting and fishing was Jerry’s life.  In the past he loved racecars and he was a great athlete.  Jerry was always thinking of others, even when it came to him being deaf.  He never wanted anyone to be uncomfortable and he let people know that him being deaf was not a disability because it never prevented him from doing anything.

He was preceded in death by his parents, Harold and Clara Zimmerman; sisters, Donna, Waunetta and Carol.