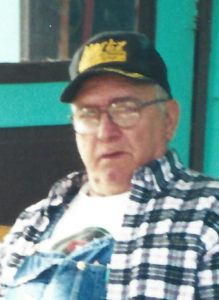 Jesse “Jake” D. Winters, 85 of Ashland, NE, died Monday, November 7, 2016 at Holmes Lake Manor in Lincoln, NE.  He was born October 2, 1931 in Sprague, NE to Walter and Pearl (Bernal) Winters.  Jesse graduated from Sprague-Martell Central High School.  He served his country in the U.S. Army during the Korean War until he was honorably discharged in 1954.  On July 15, 1952, Jesse was married to LaMoyne Obermeyer and they had five children: Dallas, Kirk, Jolene, Melody, and Holly.  Jesse was married to Donna Lind on November 21, 1970 and to this union two children, Steve and Rhonda, joined Jesse’s family.  Jesse worked for National Crane in Waverly for over 20 years until his retirement.

Jesse was a member of American Lutheran Church in Ashland and the VFW in Denton, NE.  He enjoyed deer hunting, fishing, dancing, woodworking, and country music.  He always took pride in his peonies and rose bushes.