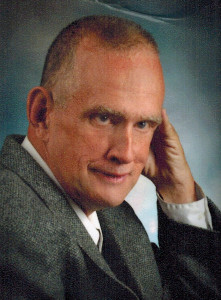 Joe A. Holland  was born Apr. 26, 1946 in Stromsburg, NE to Frank and Mildred (Alcorn) Holland. The family moved to Waverly where Joe attended grade school and later they moved to Ashland.

Joe enjoyed taking care of his yard and his dog. He used to paint velvet scenes with markers and he liked putting picture scenes inside of old TV sets. Joe was a regular visitor of all the downtown Ashland businesses. He attended United Methodist Church where he had his own special seat. The last few years he enjoyed planning his own birthday parties and would invite everyone. Listening to his Elvis CD’s was one of his favorite things to do.​

Joe passed away Aug. 21, 2014 at the Ashland Care Center at the age of 68. He was preceded in death by his parents, brother Donald Holland and sister Frances Vogt.

Condolences for Joe A. Holland