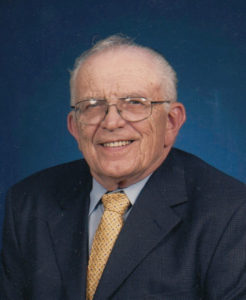 John A. Beckman, 82 of Ashland, NE, entered into eternal rest on Thursday, December 8, 2016 at the Saunders Medical Center in Wahoo, NE.  He was born January 3, 1934 in Lincoln, NE to Frank and Madeline (Fields) Beckman.

John’s family moved to Ashland in 1944.  He graduated from Ashland High School in 1952.  After graduation, John enlisted in the U.S. Navy and served his country for over six years until he was honorably discharged in 1959.

On November 22, 1958, John married Mary Lou Proffit at St. Mary Catholic Church in Ashland.  Following his military service, John began working at Western Electric and continued working for 33 years until his retirement in 1991.

Condolences for John A. Beckman