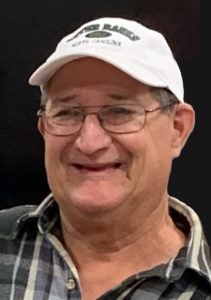 John A. Darnell, 71, of Wahoo, NE, entered into eternal rest on Sunday, December 19, 2021 at Saunders Medical Center in Wahoo, NE.  He was born August 17, 1950 in Wichita, KS to Arthur and Patricia (House) Wright.  Through the years, John’s family frequently moved, and he attended several schools.  In 1970, John settled in Saunders County.  John married Donna Thorson on March 24, 1972 in Wahoo, NE.  He worked for Contech in Wahoo for over 40 years until he retired in 2018.

John was a member of the Mead Volunteer Fire Department.  He loved his dogs, hunting and spending time with his grandchildren.  John also enjoyed spending time at their cabin in Calamus.

He was preceded in death by his wife, Donna M. Darnell; parents, Arthur and Patricia Wright; sister, Jo Ann Wright.

Condolences for John A. Darnell