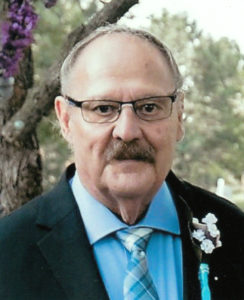 John J. Sabatka, Jr.  75 of Lincoln, NE entered into eternal rest Tuesday, November 30, 2021 at his home surrounded by his loving family.   He was born December 19, 1945 in Wahoo, NE to John and Anna (Pelikan) Sabatka Sr.   He graduated from Valparaiso High School in 1963.  John joined the Air National Guard in 1965 and was honorably discharged in 1971.  He was united in marriage on July 2 1966 to Paulette Cejka in Council Bluffs, IA.  From this union three children were born, Brian, Annette and Paul.

John worked as a fabrication operator for Cushman for 38 years before retiring.   He also farmed on the Sabatka homestead for 25 years.

John enjoyed hunting and being outdoors.  He loved spending time with his family especially with his grandchildren and great-grandchildren.

He was a member of the American Legion Post #342.