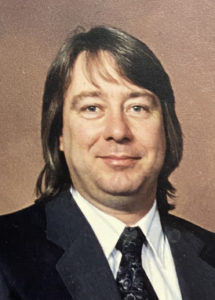 John Francis Noonan, 59, died Thursday, December 9, 2021 at his home after a short battle with cancer.
John, better known as Jack, was born August 25, 1962 in Grand Island, Nebraska to Thomas A. and Janet (Schiller) Noonan, and raised in rural Greeley county.  He graduated North Loup-Scotia High School in 1980.  He then farmed with his father one year before heading to Lincoln and UNL where he earned his degree in agronomy while working a couple of different jobs.  A job at the UNL farm in Mead was one he enjoyed and had fond memories of.
After college, he returned to the farm and gave it his all for several years until ultimately deciding that it wasn’t meant to be his life. (How ya gonna keep ‘em down on the farm once they’ve seen the city lights?).   He then returned to Lincoln, and began a career at Kawasaki Motors, where he worked until his diagnosis with cancer.
Jack was kind and thoughtful of others, especially of those he thought the world might be overlooking.  He was generous with his time, talent and treasure.  It can be said of him that where he had the means and the opportunity, he felt he had the responsibility to help.  It meant doing things he enjoyed, like a brake job for someone who might otherwise have had trouble affording it, to things he normally avoided, like driving in game day traffic to shuttle friends from his house to Memorial Stadium to make it easier for them to see the Huskers.  Occasionally it meant putting himself in a place or situation where he felt awkward or down right out of place.  He’d do it anyway.
Jack was a man of many talents, skills and gifts, and he used them well.  His farm background gave him a foundation of problem solving skills, and the ability to improvise when necessary.  He took satisfaction in applying himself and learning new things.  He took some ribbing for being late to the game of high tech; among the last of us to get a cell phone and a computer, he quickly surpassed most of us in his use of them.

Fixing, building, and solving things felt good to him.   Being a blue collar man in a corporate setting, he had frustrations; and applying his abilities, (another of which was negotiating the politics of it all), gave him what he needed to endure.   We suspect he is sorely missed at his work.
Not one to shrink from a disagreement over something he considered important, neither was he one to throw gas on a fire; he was looking for a solution that both sides could live with.  He was a deep thinker and often brought a perspective that no one else had seen.
Among his other interests were hunting, mostly as a younger man;  and fishing and spending time with his friend Harley.  In the early days much of their fishing was from the banks of rivers, creeks and ponds after the sun had gone down on a day of farming.  His lifelong enjoyment of fishing even led to his holding a patent for a lantern hanger he designed and built for the Coleman lanterns that were always burning while they fished late into the night.
He was preceded in death by a sister Judith in 1965, a brother-in-law,Edward Lynch in 2019, his parents, Tom and Janet Noonan, grandparents, aunts, uncles, and a cousin, Patrick Birkby.
He is survived by siblings: Scott Noonan (Annie), Suzanne Noonan (Paige), Mark Noonan (Denise), Ann Noonan Lynch (Edward, dec.) and Thomas “Joe” Noonan.  Nieces and Nephews: Brad Sintek, Carrie Schapmann, and Dereck Sintek; Tim Noonan, and Marie Noonan; Michael Lynch,and Shaun Lynch; Logan Noonan, and Hannah Noonan, and numerous cousins and great nieces and nephews, and of course, close friends from all the walks of Jack’s life.