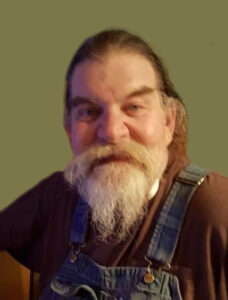 Linda was the love of his life, they spent 44 years together. They were each other’s complete opposite yet mirror images of each other in every way that mattered. He enjoyed their alone time on trips they took to get a vacation from the kids, loved their motorcycle rides and going to NASCAR races.

He worked many jobs in his life, the one that was the most fruitful for him was teaching his children and grandchildren how to work on cars. Before John, Christy or Kim got a car, they were expected to know how to change a tire and oil on the car. He was lucky enough to pass some of this onto his grandchildren as well.

His work history included UNL in the Food Service and Meat Departments, Quebecor, and running Big O Auto Parts with his brother George. As his full-time hours started to go more part-time, he worked for Rail Crew Express, making many new friends with those who worked for BNSF. Linda often questioned this part-time work, as many that rode with him also had vehicles they needed worked on, and many of those cars ended up in their driveway.

If you asked anyone who knew Larry, they all could tell you a different story, all of which would end with a good laugh. One thing you could always count on spending time with him is it would not be a boring. Sometimes he would be the only one to laugh at his jokes, but you would end up laughing, just not letting him know it was at him.

He was a jack of all trades. Whether you needed help fixing something around the house or had car questions, he was the go-to for many. He was also great about talking you into helping him with something or offering to help you with something you didn’t realize you needed until he suggested it.

He enjoyed spending time working in his garage, camping, fishing, riding his Harley, NASCAR and spending time with his family and friends. Many summer nights and weekends were spent with his good friend Bob out at Eagle Raceway running a car on the dirt track, working on motorcycles with his friend Mike or out at a lake camping with family for a Catfish Tournament.

Although we all miss him every moment that he is gone, we have a lot of memories, funny stories, and an endless supply of tools to remind us of his love every day.