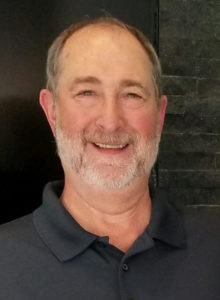 John William Brosh went to be with the Lord on Friday, June 10th, 2022, at his home surrounded by his family after a recent terminal illness diagnosis.

John was born on November 16th, 1953, in Tilden NE to Donald (Buzz) Arthur and Jeanne Marie (Lewis) Brosh.  He was baptized and confirmed at Meadow Grove United Methodist Church in Meadow Grove NE.  John graduated from Norfolk Senior High School in 1971.  After graduating, John went on to attend Nebraska Technical College, Milford NE and graduated with an Associate of Applied Arts Degree in Architectural Technology in December 1972.  While attending college, John became a member of the TAU DELTA SIGMA of the Nebraska Technical Drafting Society.  John began his career after college at Rosvold Architects, Norfolk NE. In 1978 he began working at NUCOR STEEL – Nebraska in the Engineering Department as a Designer until his retirement in 2017.

On July 5th, 1980, John married the love of his life Jami Sue Claussen at the First United Methodist Church in Norfolk NE.

The family of John W. Brosh would like you to know that above all his family meant the most to him.  He also enjoyed planes, trains, automobiles, and motorcycles.  As a child John loved to play with his train sets and dreamed of becoming an astronaut.  At 15, John obtained his pilot license before he received his driver’s license.  When he received his driver’s license his first love was his 1971 Vitamin-C Plymouth Duster.  His entire life he loved the smell of a new car.  After he raised his family, John was able to reinvigorate his love of motorcycles. John bought his first Harley in 2008 making him a 14-year Harley’s Owners Group member. He loved hitting the road traveling the wide-open plains of many states with his wife.

John also loved farming with his father, golfing, the Huskers, the Beatles, John Wayne, James Bond, Star Trek and Star Wars movies.  But most of all, he loved being at home.

John is preceded in death by his parents; Donald (Buzz) Arthur Brosh and Jeanne Marie (Lewis) Brosh; sister, Tonda Sue Shipley; his paternal and maternal grandparents; and his father and mother-in-law.

John lived by the motto:  “Live to Ride and Ride to Live on God’s Journey!”