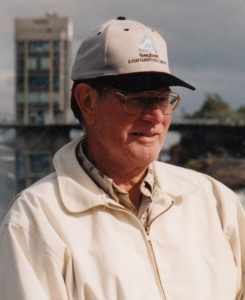 Joseph D. Boan, 84, of Ashland, NE, entered into rest on Tuesday, October 27, 2020 at his home in Ashland, NE.  He was born September 8, 1936 in Auburn, NE to Jim and Nelda (Looney) Boan.  Joe graduated from Verdon High School in 1954.  He served his country in the U.S. Air Force until he was honorably discharged in 1959.  On July 8, 1956, Joe was married to Margaret Young at First Christian Church in Falls City, NE.  They moved to Illinois while he was on active duty.  Later moved to Omaha, NE where he worked as an OPD officer for 30 years.  In 1977, with the help of his brother, Gary, he built a home for his family near Ashland, NE.

Joe lived a full life and he was very proud of his family.  He enjoyed camping, motorcycles, boating, golfing and he especially enjoyed spending time with his grandchildren.  Flying and building airplanes was his favorite hobby and he held a pilot instructor’s license.  Joe was also a member of the Shriners.