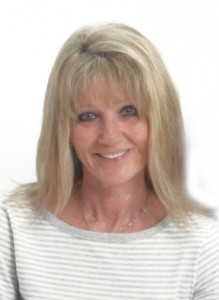 Joyce Ann Howard, 63 of Ashland, NE, entered into rest on Monday, August 18, 2014 at Methodist Hospital in Omaha. She was born June 12, 1951 in Tecumseh, NE to Clarence and Alice (Johnson) Sobotta. Joyce attended St. Patrick School and then graduated from Lincoln Northeast High School in 1969. On April 13, 1985, she was united in marriage to Ken Howard at the American Lutheran Church in Ashland. Joyce worked at AT&T in Omaha for 30 years until her retirement in 2012.

Joyce was a member of the American Legion #129 Auxiliary. She loved riding her bike with grandkids and she always loved traveling. Spending time outdoors in the summer months, usually without shoes, brought her enjoyment. She enjoyed going to the beach, camping, and boating. Joyce loved visiting with friends and most of all spending time with her family.