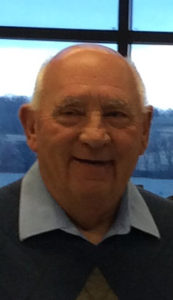 Kenneth “Kenny” J. Chmelka, 76 of Wahoo, NE passed away Friday, August 26, 2022 at his home surrounded by his loving family.   He was born August 2, 1946 in Wahoo to Frank and Lillian (Simanek) Chmelka.  He graduated from Wahoo High School in 1964.  Kenny served in the Army National Guard from 1965 to 1971.  He was united in marriage to Deann K. Gustafson on April 21, 1967 at the United Methodist Church in Wahoo.   He worked at Valmont Industries in Valley, NE for over 40 years as a material handler/inventory controller.

Kenny coached little league baseball for many years in Wahoo and was on both the Wahoo City League and the Valmont’s slow pitch softball teams.  He was a tremendous bowler as well locally.

He was preceded in death by his parents, Frank and Lillian Chmelka; parents-in-law, Virgil and Glenna Gustafson.