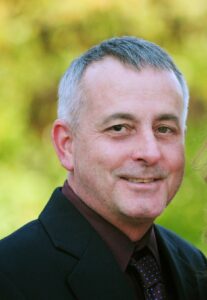 Adopt a homeless pet or donate to a shelter of your choice.

Kevin K. Kuhns, 58, of Tecumseh, NE, formerly of Ashland, NE, entered into rest on Sunday, December 25, 2022 at Johnson County Hospital in Tecumseh, NE.  He was born March 8, 1964 in Omaha, NE to Bernard and Earlyne (Case) Kuhns.  Kevin graduated from Ashland-Greenwood High School in 1982.  After high school, he enlisted in the United States Air Force until he was honorably discharged in 1986. After the military, Kevin spent many years as a commercial printer in Omaha where he met many lifelong friends. He was a member of the American Legion in Ashland.

In his younger years, Kevin loved hunting and fishing, spending time outdoors, and was always very passionate about horse racing. He enjoyed spending time and building lasting relationships with his friends and loved ones.

On March 26, 1996, Kevin was married to Jodene Raines and to this union Jerald and Justin were born. Kevin was then married to Kristi (Johnson) Flewelling on October 27, 2007 in Branson, MO making their two families one.

Kevin passed on his lifelong love for Husker football to his boys. Some of his proudest moments were attending all five sons’ sporting events and school activities. Kevin loved his family and his two rescue dogs with all his heart, and all will greatly miss him.

He was preceded in death by father, Bernard Kuhns; grandparents, Henry and Velma Kuhns, Clyde and Vera Rakes.