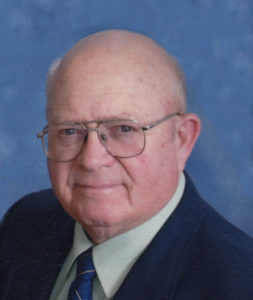 Larry “Porky” G. Martin, 75 of Valparaiso, NE passed away Sunday, May 9, 2021 at Bryan West Medical Center in Lincoln, NE.  He was born April 7, 1946 in Lincoln to James L. and Evelyn (Ahl) Martin.  He graduated from Valparaiso High School in 1964. Larry proudly served his country in the U.S. Navy during the Vietnam War.  He entered active duty on February 25, 1966 and was honorably discharged on November 24, 1969.  He received the Purple Heart and Star during his service.   He was united in marriage to Shirley Wegner on January 18, 1975.

Larry was a devoted and loving husband, father and grandfather.  He also was a dedicated supporter of his community and their organizations.