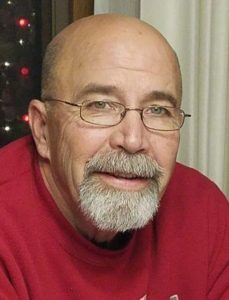 Larry grew up on a farm near Greenwood. He graduated from Ashland Greenwood High School in 1970.

After graduating he attended SCC in Milford where he received his HVAC license. He started working for Lincoln Telephone and Telegraph in 1971 and retired in 2003 after 32 years. After retiring he went to work at Ace Hardware in Lincoln. He worked there for 8 years. He moved back to Greenwood to his parent’s farm in 2009.  In 2012 he started working at C & L Hardware in Ashland with Dean Curtis until his passing.  Larry and Sandy were married in September of 1984.

Larry loved life!!!! They took lots of trips with great friends on their Harley. A lot of good memories were made. He loved it when he moved back to Greenwood and started working at C & L Hardware. He always said it was old home week. He knew everyone and loved to talk!!!!!

Larry is survived by his wife Sandy of 36 years, 2 daughters Jessica (CJ) James of Greenwood, Stacey (Jack) Tarr of Omaha, Grandchildren Zack and Nevaeh James and Addy and Jackson Tarr, brother John (Peggy) Lemon of Lincoln and many nieces and nephews.

Preceded in death by his parents and many extended family members.