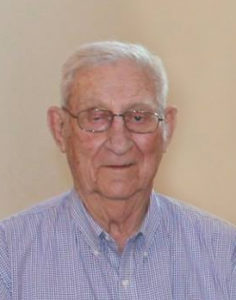 LaVerne “Lefty” D. Anderson, 85 of Ashland entered into eternal rest Monday, March 2, 2020 at Azria Health Center in Ashland.  He was born April 21, 1934 in Osceola, NE to Oscar and Florence (Barker) Anderson.  He was a graduate of Clarks High School in Clarks, NE.  LaVerne served his country in the U.S. Army and was honorably discharged in 1956  He was united in marriage to Carol (Ksiazek) on April 4, 1959 in Clarks, NE, from this union four children were born.  LaVerne worked many years for LT&T before retiring as a district manager for Wahoo and David City.  He also enjoyed working in hospitality at the SAC Museum.  Lefty was an avid sports fan who loved attending any sport activity his grandkids were involved in.

He was a member of St. Mary Catholic Church, Knights of Columbus, American Legion #129 and the Ashland Rotary.

He was preceded in death by his parents and siblings.