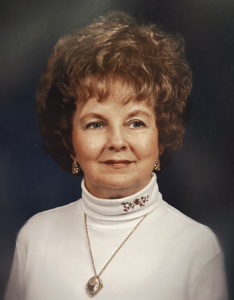 LaVon was born on a farm east of Deweese, NE to Albert Vap and Bessie Psikal Vap.  She attended Deweese grade school until age 12 and then moved to Glenvil, NE where she graduated high school.  She married Edgar Brouillette on March 10, 1965 and lived in Grand Island, NE for many years before moving to Wahoo, NE in 1977.   She started her 28 years in the health care field at Hastings Regional Center and then followed by Saunders County Community Hospital, and Saunders County Home Health & Hospice.  She was active in the community as a brownie scout leader, volunteer at the blood mobile and museum, belonged to a small group making quilts for baptisms and Friendship House.  Was a member of the United Methodist Church and the Methodist Church Caring & Sharing group, Krazy Quilters group and Christian Women’s Club.