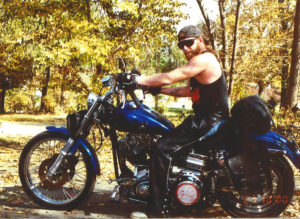 Leigh D. Hanson, 59, of Omaha, NE, formerly of Ashland, NE, died Friday, January 12, 2018 at the University of Nebraska Medical Center in Omaha.  He was born October 7, 1958 in Wahoo, NE to Daryl and LaVaughn (Edstrom) Hanson.  He attended Ashland-Greenwood High School.  He was a 35 year member of Shgualrof Motorcycle Club in Yankton, SD.  His greatest love in life was his daughter, Sami Jo.