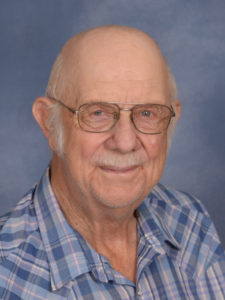 Leonard Stanek, 82, of Valparaiso, NE, entered into eternal rest on Thursday, January12, 2017 at Saunders Medical Center in Wahoo, NE.  He was born February 1, 1934 in Ceresco, NE to Charles and Mary (Prochaska) Stanek.  Leonard attended District 118 country school.  Leonard was drafted to the U.S. Army on September 29, 1953. He served during Korean War as a helicopter mechanic stationed at Ft. Campbell in Kentucky.  He received National Defense Silver Medal and Good Conduct Medal while serving and he was honorably discharged on September 28, 1955.  He then continued to farm with his dad and brother.  On September 1, 1962, he was united in marriage to Darlene Sypal at Dwight Assumption Catholic Church in Dwight, NE.

Leonard was a farmer near Valparaiso, NE all his life.  He was a member of Sts. Mary and Joseph Catholic Church, American Legion Post #371, and a lifetime member of Saunders County Livestock Association.  He enjoyed attending auctions, watching grandkids sporting events, trips to the casinos with Darlene and neighbors, cruising around checking the farms, and checking his animals.  Leonard also enjoyed listening to polka music.